Redwood Lodge Arabians continues a vision established in 1982 by Sue & Trevor Patrick. With its origins set on 120 picturesque acres in Jimboomba, Queensland Australia, this successful Arabian breeding farm has undergone decades of development.

During a visit in 1983 to the Santa Ynez Valley in the United States with her husband Trevor and son Steve, Sue Patrick saw a magnificent stallion named El Shaklan by Shaker El Masri and his legendary dam Estopa. This experience shaped the breeding mission of Redwood Lodge and the Estopa influence remains the dominant presence in their breeding programme today. Sue’s passion for the Golden Cross bloodlines continues as the basis for a strong breeding programme and proven international show ring success.

So began an incredible journey that continues to excite Arabian horse enthusiasts to this day, a combination of a breeding programme of excellence and outstanding show ring successes that have been prolific in so many countries around the world.

The foundation mares remain the cornerstone and key to the extraordinary success of Redwood Lodge with the Matriarch being the only straight Spanish daughter of Estopa, Malikah Estopa by An Malik, a mare of exceptional quality and temperament. Others in the foundation group included Cambriaa (El Shaklan x Zafiraa by Mohssen), Om el Amira Estopa (Sanadik El Shaklan x Bint Estopa) and the El Shaklan daughter Bint Mohena, a full sister to Sanadik El Shaklan.

Selecting quality stallions to compliment these extraordinary mares required meticulous planning and research and the importation from the USA of GG Magnetism (An Malik x cc Montessa) the El Shaklan son Sterling Shaklan, and the boldly beautiful Om EL Abadan (Carmargue x Bint Estopa), proved to be a vindication of the search to compliment the mares.

The decision in 1997 to venture out of the comfort zone of a successful breeding farm in Australia, to try their hand at competition at the highest level in Europe, was by far the farms initial challenge. The outstanding success in that year with Om El Abadan where he was awarded World Reserve Champion Stallion in Paris and Reserve All Nations Cup in Aachen, where he was then subsequently sold on to the Royal family of Saudi Arabia to be awarded Supreme Champion at their National show, encouraged an attempt to repeat the following year with his son ‘Espano Estopa’ out of Malikah Estopa.

Espano Estopa was awarded Champion title at the All Nations Cup in Germany and crowned World Champion colt in Paris, an incredible victory for this homebred colt from Australia, and with this success brought home a realisation that the well established breeding programme could excel in Europe, thus vindicating the challenge.

In 2001 the farms decision to make an intercontinental move and transport the majority of the herd to Europe, and establish the farm firstly in Germany, then Belgium, and since 2006 permanently in France, nearly 17,000 km from the original location in Jimboomba. With the herd came the extremely beautiful 3 year old filly RL Romantik a daughter of Espano Estopa x Cambriaa, who also claimed that year the title of All Nations Cup Champion in Aachen and World Reserve Champion in Paris. Another triumphant achievement for the Patrick Family.

As a breeding farm, the vision is to bring together the qualities of selected bloodlines to continually strive to improve and enhance the breed and retain classic type. It is a challenge to breed to the standard, and yet progress to a modern type of Arabian.

Redwood Lodge understands that breeding Arabian horses is as much an art as a science. Matching complimentary stallions to the farm’s extraordinary mares involves careful consideration of the many factors that influence any particular breeding success. In addition to the meticulous planning and research involved, instinct and intuition help guide the farm in critical decisions when it comes to breeding selections.

In 2003 an up and coming 3 yr. old colt joined the stallion roster at Redwood Lodge to breed the farms mares. This young colt has subsequently gone on to change the face of the modern Arabian horse today, and now famously known as the “Champion Maker” - WH Justice. It was this foresight from the Patrick family to infuse the blood of WH Justice, allowing further success with the resulting offspring gaining Champion titles at National and International shows for their new owners. Most notably were RL Cotton Candy, RL Masala Estopa and the highly decorated Abha Opalina; who was sold in utero to Marieta Salas of Ses planes.

The farm retained only one WH Justice daughter RL Saffron born in 2004 out of RL Antiguaa by Espano Estopa, she exhibited all the characteristics envisaged from this combination and beautifully represented the Redwood Type. Her significance later as a prolific broodmare and her ability to produce offspring of the highest quality year after year has secured her position as the new Matriarch.

Whilst Redwood lodge were still resident in Belgium and just as the first WH Justice foals were hitting the ground, a rare opportunity arose when the magnificent Straight Egyptian stallion Al Adeed Al Shaqab arrived in the same Belgian village in preparation for the upcoming World Championships in Paris. It was in Qatar as a yearling that Al Adeed first made his impression on Sue and from that moment she could only dream of obtaining these bloodlines. It was as if by fate that Sue’s passion and determination to acquire this bloodline would allow her to secure the next generation.

When bred to RL Romantik a full sister to RL Antiguaa, confirmed once again the farms breeding philosophy with the result being the impressive RL Artique, who has since gone on to become an outstanding breeding sire in his own right. His most prolific son being the incredible 2012 & 2017 Supreme French National Champion ‘Sharaam el Chique’. Now proudly owned by Mrs Shirley Watts of Halsdon Arabians.

The farms Junior stallion, the bold and beautiful bay ‘RL Ecuador’ by the Straight Egyptian stallion ZT Faa’iq out of RL Saffron has further influenced the future generations and has been a proven success when linebred to the farms Artique daughters.

In 2016 with strategic planning in mind, the Patrick family underwent a search for an outcross stallion. Not since Om el Abadan had a stallion been purchased by the farm to become an integral part of the breeding programme. The discovery of the charismatic ‘Abha Omani’ by the legendary ‘El Perfecto’ and out of the Brazilian El Shaklan daughter CM Faylla Shaklan, was an obvious choice; with his powerful Spanish movement, correct conformation and large captivating eyes that draw you in and allow you to see his kind soul. The validation of this decision has once again been proven when in 2018 the impressive young colt ‘RL San Salvador’ was born from RL Saffron. With high expectations the farm confidently look forward to the future. 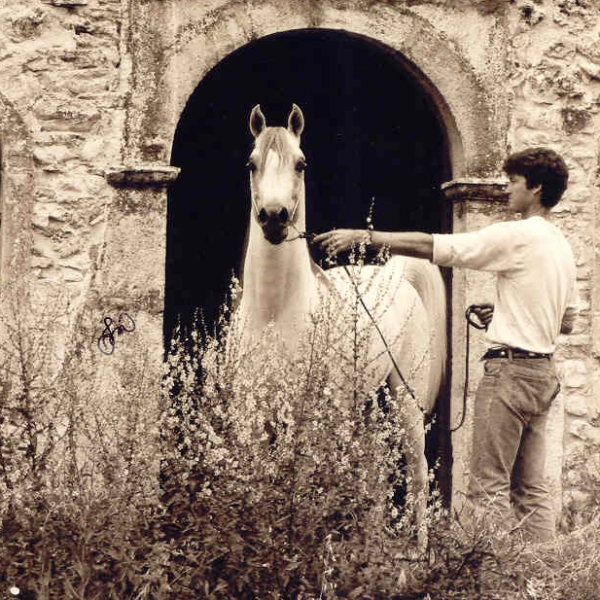 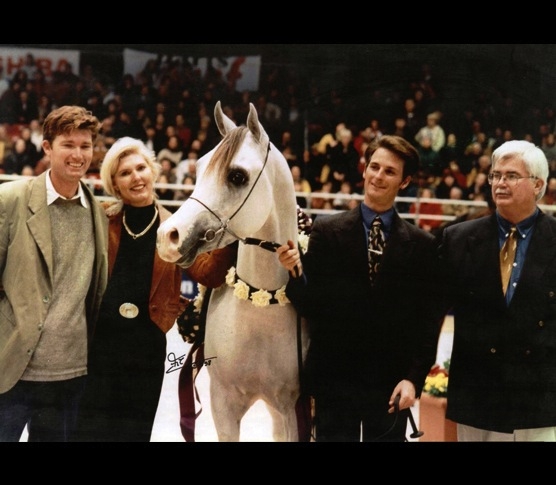 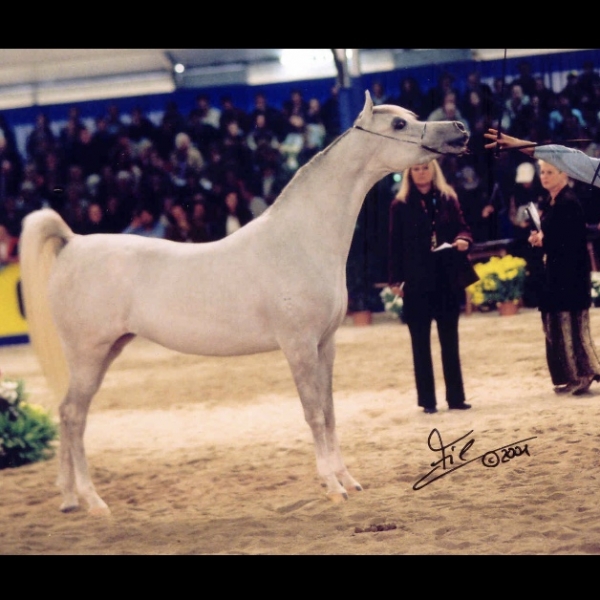 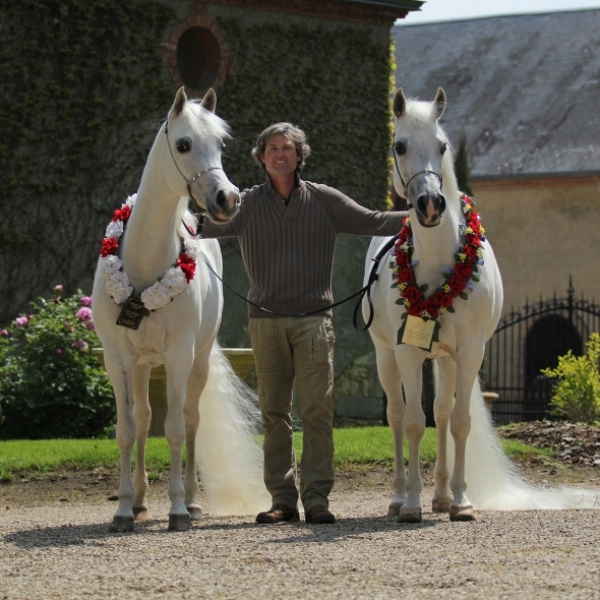 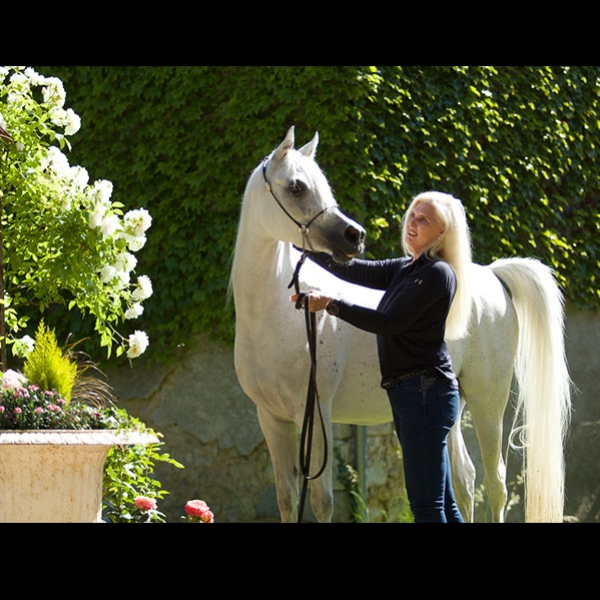